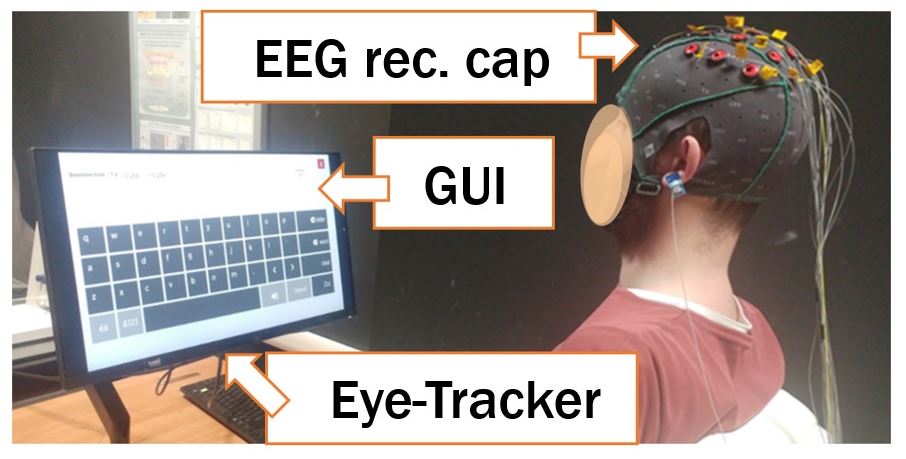 Eye-tracking is an intuitive and acceptable solution to enable paralyzed patients to move a cursor across a user interface by means of their gaze, and to activate a selectable UI object after looking at it for a certain dwell time. Nevertheless, such control function of gaze can become prone to errors if the dwell time duration is too short, not customized for each specific user. Considering this issue TEEP-SLA designed the hybrid EyeBCI (eye-tracking and brain-computer interface) system to improve the performance and the usability of the gaze control through the EEG monitoring of the mental focus. Specifically, EyeBCI adapts the duration of the dwell time to the level of mental focus of the user when he/she wants to select and activate any UI item: the dwell time shortens according to the raise of the observer's concentration, improving the system precision and responsiveness. 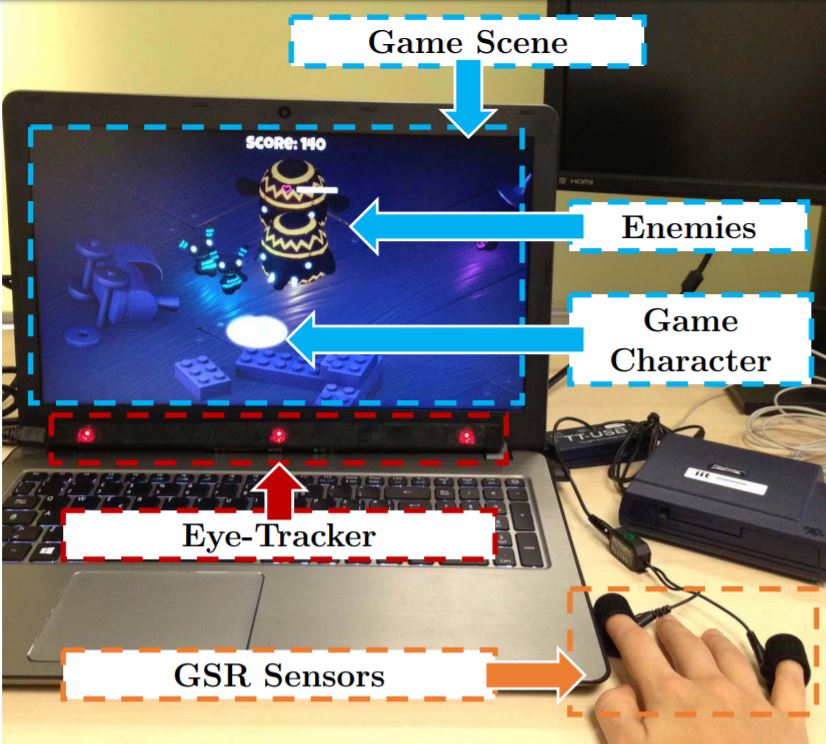 A pilot study evaluated the effects of a relaxation biofeedback system on the user experience in the context of a gaze-controlled task that is mentally and temporally demanding: ET-based gaming. Different aspects of the subjects’ experience were investigated under two conditions of a gaze-controlled game. In the Biofeedback group (BF), the user triggered a command by means of voluntary relaxation, monitored through Galvanic Skin Response (GSR) and represented by visual feedback. In the No Biofeedback group (NBF), the same feedback was timed according to the average frequency of commands in BF. After the experiment, each subject filled out a user experience questionnaire. The results showed a general appreciation for BF, with a significant between-group difference in the perceived session time duration, with the latter being shorter for subjects in BF than for the ones in NBF. This result implies a lower mental workload for BF than for NBF subjects. Other results point toward a potential role of user’s engagement in the improvement of user experience in BF. Such an effect highlights the value of relaxation biofeedback for improving the user experience in a demanding gaze-controlled task.